Day 19 of 40 Day of Story: Where are you finding beauty in your story?

I am a big believer that beauty re-calibrates our souls…and it helps us re-write a better story.

During this week of Story we continue to find ourselves in the Messy Middle. It’s the longest section in books, plays and movies with so much happening in the plot and sub-plots. Yet when it comes to our own stories we can find ourselves completely lost. We can so easily forget we’re in the midst of a larger story.

That’s why I believe the harder our stories get the more we need beauty.

This weekend I was so grateful to have stolen away to the NC Mountains (Valle Crucis) with women from my church (Warehouse 242) and be immersed in the beauty of nature, the richness of community and the inviting Presence of God.

I remember reading a line by a very thoughtful (dead) Frenchman that essentially said this: Beauty is one of the few things that doesn’t lead to doubt in God.

There is so much in the Messy Middle of life that causes us to doubt a better story.

But when we let beauty whisper to us we may be surprised by what we hear.

Where are you finding beauty in your story?

Day 18 of 40 Days of Story: What are the negative and positives charges of your story?

In the midst of the messy middle of story there’s the dynamic of positive and negative charges. Robert McKee, author of the classic screenwriting text Story, writes about this extensively. And here’s the gist: In story something bad happens (-) and then something good (+). But the next bad thing that happens must be worse (- -) and then something doubly good needs to happen (++). So as our hero moves closer to the desired goal the stakes increase and the intensity builds.

While our own stories may not feel that systematically plotted—the reality is when we are moving toward beautiful and important things resistance comes. And it often intensifies the closer we get.

We can feel lost in those double – – charges. It sucks. And…it’s utterly normal. Yet, when it happens to us it seems unlike any other. And wow! Do I know…

When I was working on the Startup Cuba documentary series I found myself more stuck and despairing in a story than I ever had been. During that time a dear friend reassured me I was simply in the messy middle and that I had always found my way out of stories before and I would this time. It was so hard to believe him and even harder to believe in myself. But I determined to rally and tag on to his belief.

Then the next shoot—the final shoot—was a disaster. That sense of feeling lost got worse. I failed. So, this was going to be the time I didn’t make it through. The – – – – – charges were off the charts.

Right before we were leaving to the airport then something clicked for me. I could see the path out. But as I said, this was our final shoot.

Yet, grace upon grace–positive charge doubled–my business partner kindly agreed to hop back on the plane a few days later and I was given 48 hours to try to right the whole series. I threw in my own funds and ended up shooting most of it myself. But that wasn’t what did it…there was a divine choreography that I can’t take credit for. It was as if someone had gone before us and lined the streets with people who could give us the candid interviews I knew we were lacking. And I was finally able to direct in a style the project desperately needed. The story was rescued.

The gift of that trip was magnified by the disastrous one before.

And so it is with all our stories. If we can trust there are graces in the negatives then we can be better poised to savor the positives that come our way.

All this reminds me of an idea I’ve carried in my heart for many years thanks to Simone Weil. Essentially she says:

There are two things that pierce the soul…one is beauty and the other is affliction…and if we are to truly live we must be pierced by both.

We must live with the positive and negative charges of life.

What are yours at the moment?

Whatever they are may you find grace in the negatives and gratitude in the positives today.

“Against the assault of laughter, nothing can stand.” — Mark Twain

Yesterday I got all heady about two ways conflict can serve our stories. But there’s a third…and it’s much more fun. Conflict/challenges/obstacles can also serve as great fodder for laughter.

Laughter can help us move through conflict more robustly…essentially make us conflict-resilient. Or as my good friend Tabitha says, “Laughter is the lubricant to life.” It helps us move through life’s frictions.

I have found laughter to be all the more vital during tough seasons. During that year-and-a-half of interviewing sex-trafficking survivors I lived on a steady diet of sit-coms and even went about writing a romantic comedy screenplay…simply as cheap therapy.

Perhaps even better than laughing at the screen is being able to laugh at yourself. And I’ll tell, I have an uncanny ability to generate reasons to laugh at myself…from my sketchy motor skills, to my less than graceful attempts at foreign languages, to my combative relationship with rhythm on the dance floor…I bring the fodder!

But here’s the deal: If you can’t laugh at yourself, you’re wasting prime ways to redeem conflict.

Humor has always been a critical role in stories…even in very serious dramas. Laughter serves as a release valve as the conflict intensifies. It enables us to catch our breaths…because we all know more conflict is on it’s way.

So what has you laughing today?

For me, it was laughing hard with my charming nephew who cracks me up. It did my heart good. And you?

This week we explored conflict–in all of it’s glory. It drives the story in films, books, plays and it plays a powerful role in our own stories.

If you’re like me, you often wish conflict would take a day off and let joy (or success, ease or love) hog the spotlight for a while. However, conflict is rarely a slacker when it comes to good stories. And if we let it, conflict can serve us well.

As much as I’m not a natural fan of conflict, it has its gifts. It–like few other things–can help reveal what I am truly like versus the ideal self I’d like to think I am. And when I pay attention to that gap…well, that’s this incredible invitation to grow more into my true design.

Conflict can also show much how much I really desire something…it puts my WHY to test. Currently, as a Startup Founder, I am in the throes of what is literally termed the “Trough of Sorrow.” Seriously this season of moving forward in the midst of obstacle after obstacle with our new company has an official title entailing “sorrow.” Daily I am faced with: How much do I want this?  How long can I endure the Trough of Sorrow? 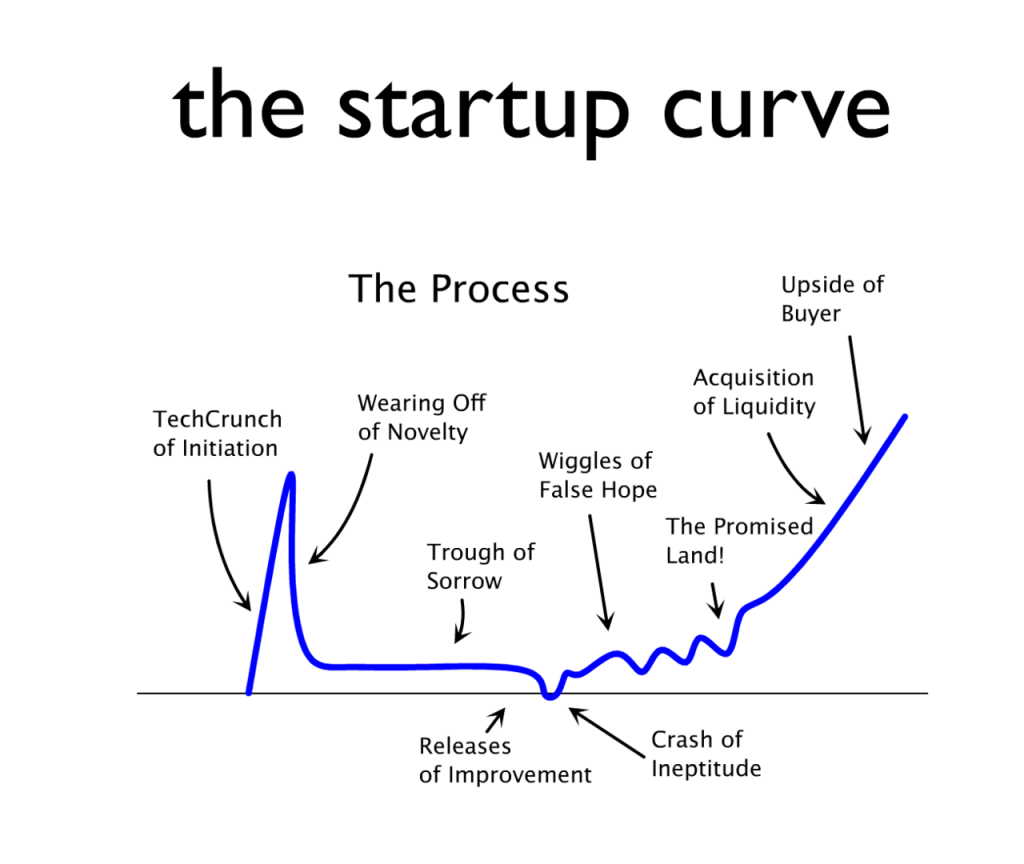 Yet, if I let conflict do it’s good work in me there’s the hope of a The Promised Land…and more.

And that’s the hope for all of us…if we create the space for conflict to serve its purpose it will help us become more of who we’re designed to be and help us see how much we desire our dreams.

I’d love to hear how conflict is serving you in this season!